The emergency eyewash has not been used for long, but it has rusted. Why is this happening?

First, the material of the eyewash station needs to be identified. The performance of stainless steel is superior to galvanized steel. Therefore, stainless steel eyewash is the first choice. However, stainless steel is not rusty forever, but the corrosion rate is much lower than other steels in the same environment, and sometimes it can even be ignored.

Stainless steel can resist atmospheric oxidation, that is stainless, but also can resist corrosion in media containing acids, alkalies, and salts, that is corrosion resistance. However, its anti-corrosion ability changes with the chemical composition of the steel itself, the mutual state, the use conditions, and the type of environmental medium. For example, the SS304 steel pipe, in the dry and clean atmosphere, it has excellent anti-corrosion ability, but when it is moved to the coastal area, it may rust in the sea fog containing a lot of salt, while 316 steel pipe performs well in such environment. Therefore, it is not any kind of stainless steel, which is resistant to corrosion and rust in any environment.

Stainless steel is based on an extremely thin, strong, dense, and stable chromium-rich oxide film (protective film) formed on its surface, which prevents the infiltration and oxidation of oxygen atoms from continuing to obtain the ability to resist rust. Once for some reason, this kind of film is continuously destroyed, oxygen atoms in the air or liquid will continue to infiltrate or iron atoms in the metal will continue to separate, forming loose iron oxide, and the metal surface will be continuously rusted. There are many forms of damage to this surface film, and the following are common in daily life:

2. Organic matter juice (such as melon and vegetable, noodle soup and sputum, etc.) adheres to the stainless steel surface. In the presence of water and oxygen, it forms an organic acid, which will corrode the metal surface for a long time.

3. The surface of stainless steel contains acid, alkali and salt substances (such as alkali water and lime water sprayed on the wall), causing local corrosion.

5. Three other basic substances can destroy the passive surface of stainless steel and cause corrosion:

This refers to things that can scratch the steel surface, such as steel wipes, metal wire brushes, and metal fragments.

The hardness of the water flowing from our faucet is different. Depending on the area you live in, it may be hard or soft. Hard water has impurities. After heating, the impurities still form precipitates, which will destroy the passive surface and make the stainless steel rust. Note: Other deposits from processed food or service must also be removed in promptly on time.

It can be seen everywhere. Exist in water, food, salt. The worst of these comes from household and industrial cleaners.

How to prevent your emergency eyewash station from rusting?

To ensure that the metal surface of the eyewash is permanently bright and not rusted, we recommend:

1. Frequently clean and scrub the surface of stainless steel to remove attachments and eliminate external factors that cause rust.

3. The chemical composition of some stainless steel pipes on the market can not meet the corresponding national standards, and can not meet the requirements of 304 materials. Therefore, it will also cause rust, which requires users to carefully select eyewash stations from reputable manufacturers. 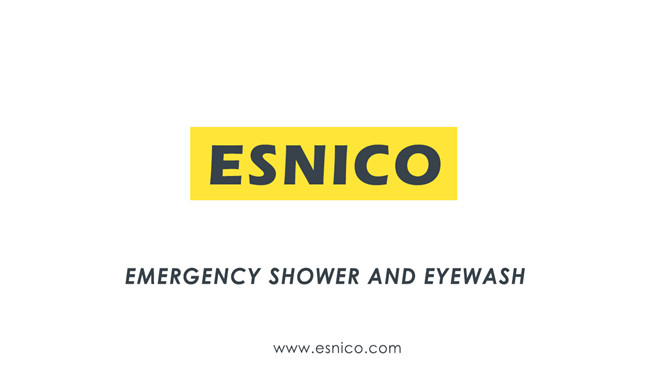